Fur vs. faux fur. As an ethical consumer, faux is the obvious choice when one wants a little furry flair, right? In a 2017 article for the Los Angles Times, Janet Kinosian wrote that faux fur “offers you a chance to look festive … without the guilt.” However, the choice is a little more complex than Kinosian makes it out to be. 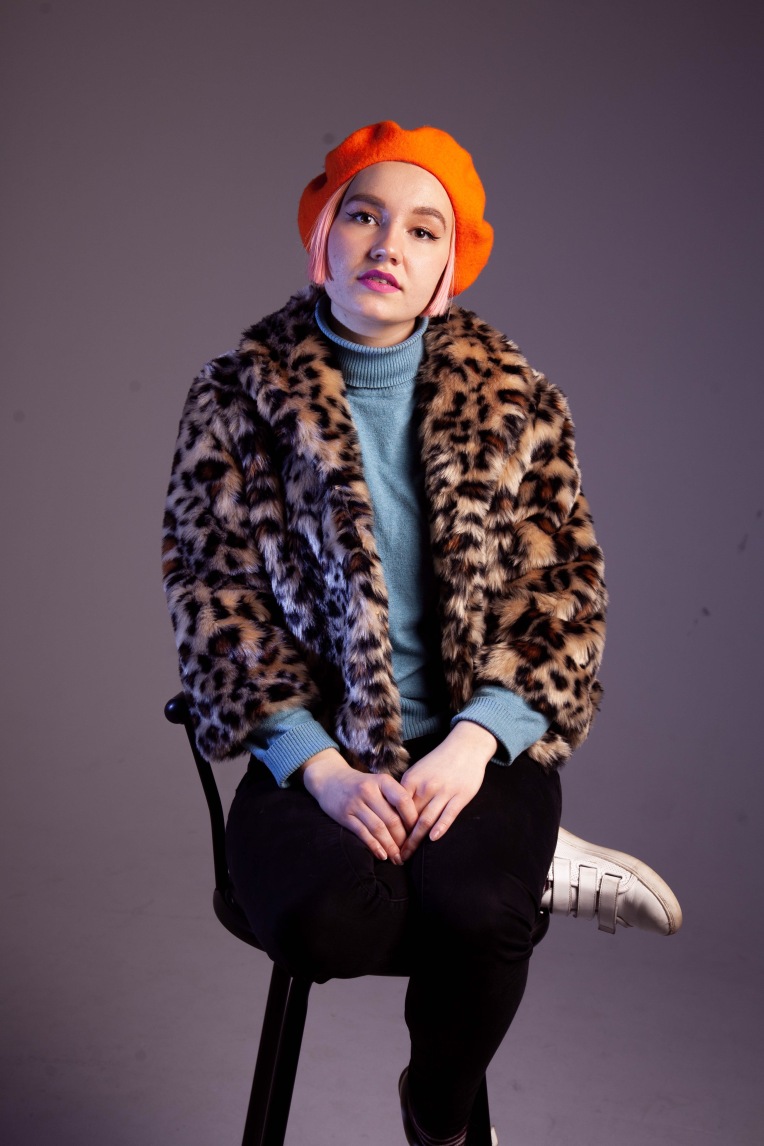 At a glance, the option that doesn’t require the death of animal is the most ethical choice. Duh. But it turns out faux fur is just the lesser of two evils, so it is still, to some degree, evil. The synthetic material that fake fur is made out of is pretty much just plastic, meaning it’s likely to never biodegrade. (Real fur will eventually biodegrade even though it is heavily treated with chemicals to preserve it.) This is an issue in itself, but it is especially an issue when these faux fur coats are bought more for trend than for warmth. Meaning, when people buy them they aren’t planning on breaking them out every winter but, rather, to wear them once or twice for fun. They end up in a landfill in a jiffy.

This coat is made up of 34% polyester and 66% modacrylic. Both of these materials cause harm to ocean-dwellers as well as being toxic to us, as a 2015 study released in Scientific Reports revealed that these fibers were found in the bellies of fish being sold at markets in California. Growing research compiled by Patagonia shows that these micro-plastic fibers are released when we wash any clothing item made from synthetic material, but a coat like this, which sheds without any prompting, will release any especially large quantity of microplastic fibers. 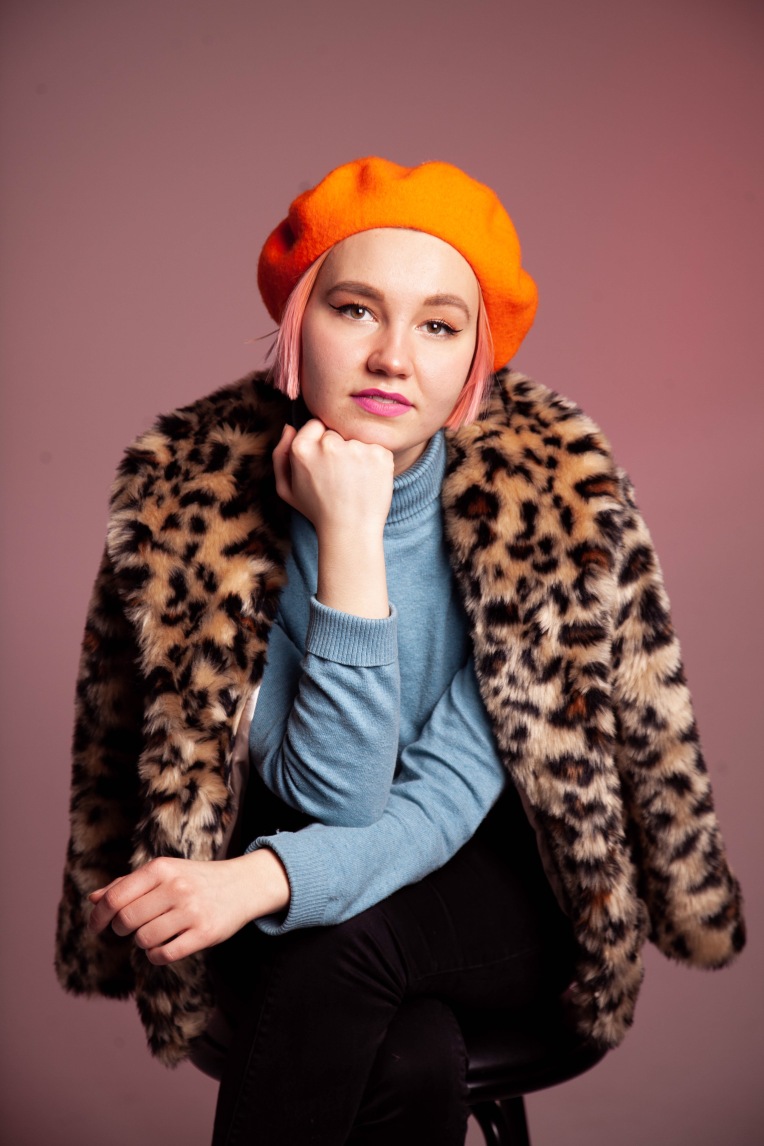 I’m obviously not here to tell you that you need to avoid all faux fur because, as pictured, that would be a bit hypocritical. Instead, proceed with caution. I know my personal style well enough at this point to know that I am actually going to wear a crazy piece like this a ton, and not just chunk it after newness of it wears off. When purchasing, really think about if it’s just impulse or something you will wear a lot. Whatever you buy, buy second hand. It’s best not to contribute to companies creating cheap synthetic fur, as this just send them to signal to keep on creating more indestructible plastic coats. Just continue the life of an old one. I bought this one at Goodwill, and lots of other thrift stores have tons of wacky coats like it. When it comes to releasing fibers in the wash, Patagonia is one of the first companies to invent the “GUPPYFRIEND” Washing Bag–a bag to put synthetic clothing in that catches the little fibers. (This is useful for other clothing, as well.) I have yet to invest in one of these because, full disclosure, I don’t think coats need to be washed too often and plan on climbing that hill when I get to it. 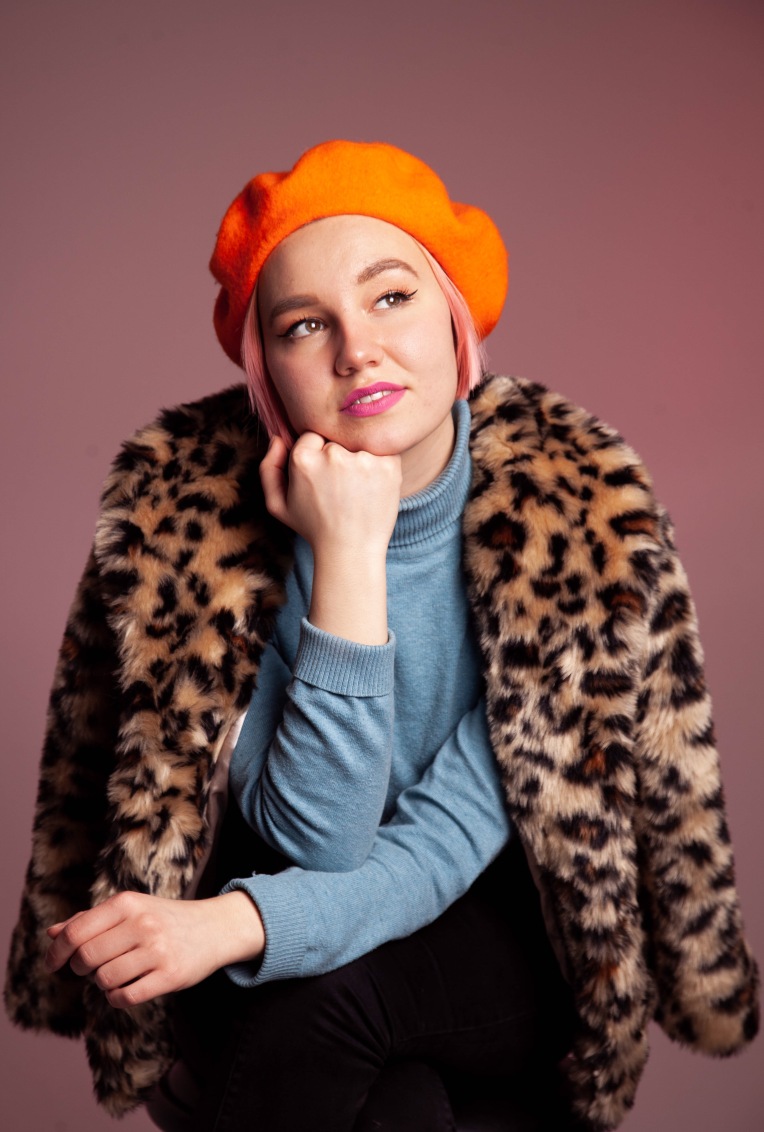 Make whatever fashion statements you want, just make them informed.

The incredibly talented photographer who took these portraits is Kylie Atkinson, who you absolutely need to follow on Instagram this very minutes.

I am a style-enthusiast inspired by the 1960s, 1970s, harajuku, and the idea that style should be playful. Follow me as I document my favorite outfits and start the process of becoming completely ethical in my wardrobe. Thanks for stopping by!

A picture from when it was safe in The Outside (at @cirquecoffee). 📸: @anj_schultz.
I enjoy making things that are ridiculous, impractical, and that make me feel a lil’ bit of magic when I wear them. (Also, can you tell I have no accessories with me right now?) . . . #fashion #blogger #fbloggerstyle #green #tulle #sewist #sewing #seamstress #design #fashiondesign #ethicalfashion #ethicallymade #cape #sewistsofinstagram #sewist #create #art #fblogger #aquarius #style #styleblogger #smallblogger
Sometimes I can only manage to write a sticky-note worth of my thoughts, so sticky notes it is.
I love this top I made (quilted the fabric and all). . . . . #aquarius #sewing #projects #crafts #crafting #sewist #handmade #ethicalfashion #1960s #retro #vintage #blog #fashionblogger #fblogger #style #styleblogger #pink #blue
One of the first things I’ve designed (and finished) in a while. 💙 . . . #fashion #clothes #sewing #handmade #design #fashiondesign #seamstress #sustainablefashion #ethicalfashion #fblogger #style #styleblogger #craft #blue #maker #ruffle #smallblog #fblog #retro #simplicitypatterns
A real pal guy buddy guy
Cool views in Tulsa this weekend
I’m just a sk8r boi (I cannot sk8)
Andrea told me to take my phone with me to the bathroom because I might wanna take a selfie. I must deliver.
%d bloggers like this: